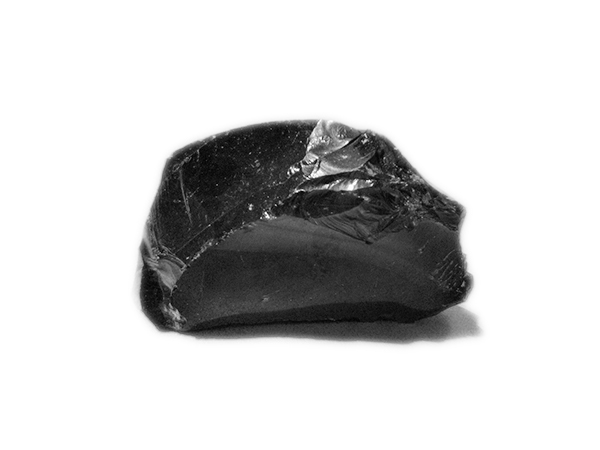 Coal spirit, also known as coal jade.It has a bright pitch and metallic sheen.Black, dense, ductile.There are two kinds. One is a kind of high-grade coal, which is mainly composed of carbon c and is lighter than ordinary coal.The other kind is petrified very thorough, main composition is not carbon, density is bigger, than coal heavy, after carving processing luster is more beautiful.It's between the coal seams.

Coal fine can be used to make arts and crafts, carving crafts and decorations, so some people call it carved paint coal.China's main producer is fushun.

Coal essence, the essence of coal, there are two kinds.One is coal produced by lower plants and higher plants together, also is a kind of combustible organic rock.Lignite is a variety of lignite, opaque, shiny black organic gem.It formed about 30 million years ago.

Coal concentrate is composed of carbon (C) and organic matter.According to the geologist's textual research and appraisal thinks: coal fine is a kind of special coal, the hard trees in ancient forests that are rich in oil, such as oak, elm, birch, pine, cypress, etc., were washed to the low-lying place by the flood, through the crustal change, high temperature and underground pressure mud action, make it become a kind of black crystal.The origin of fine coal must be the luxuriant plants growing in a certain geological age, gradually accumulated into thick layers in a suitable natural environment, and buried in the bottom or sediment, and then after a long geological age of natural coal.

Another kind is petrified very thorough, main composition is not carbon, density reaches 2.5 or so, than coal is heavy, after carving processing luster is more beautiful.

The characteristics of fine coal is fine texture, no lines, light and tough, dark shiny, gloss is extremely strong, its craft value is very high.

In Inner Mongolia chifeng xiadian lower cultural relics many use this material.The cultural relics of xia jiadian lower level have existed between 4000 and 3000 years ago, which is equivalent to the xia and shang dynasties in central China.A large number of fine coal ornaments were found and unearthed in xiajatian cultural relics site, most of which were made of tubebeads, pieces of beads, bamboo knots, money plates and double holes.With animals and plants, totem, with the type of carving decorations.

Coal spirit in the world is very rare, coal spirit carving crafts have more collection value and value-added value, is a good gift to friends and relatives.

There are some imitations such as glass, plastic, vulcanized rubber, coal and so on.There are several very simple detection methods for coal concentrate:

First of all, it is very light. When you hold it, you can feel the density is very small.

2 and then a little bit, you take it and you scratch it on a piece of paper or on a piece of porcelain, and it leaves dark chocolate streaks.If it is another copy, only black or white stripes will be left.The striping test is of identification significance for coal fine.

In addition, you can see the original structure similar to wood in coal dust.

5. Due to the different time of entering the soil and the pit mouth, most of the ancient coal essence will form qin color and transition color, showing black ash, grey, olive and other raw pit color.There are holes in the ancient coal jewelry, through the high power magnifying glass observation can be seen in the hole inside the fine spiral or use mark.

Coal carving has a history of more than 7,000 years.Seven thousand years ago in shenyang xinle ruins, unearthed "ertang ornaments" and round beads and other fushun coal carving, this is the earliest history of coal carving in our country.From ornaments to real supplies, a wide range of species, birds and animals, flowers, birds, fish and insects, figures, four treasures of the study, smoking, accessories, are unique style of arts and crafts, quite appreciated and welcomed by people from all walks of life at home and abroad.A work of art carved with fine coal materials often takes months or even years of time and energy from conception to the appearance of the finished product. Because every mark is carved by hand, the finished work is the only one in the world and never the same. 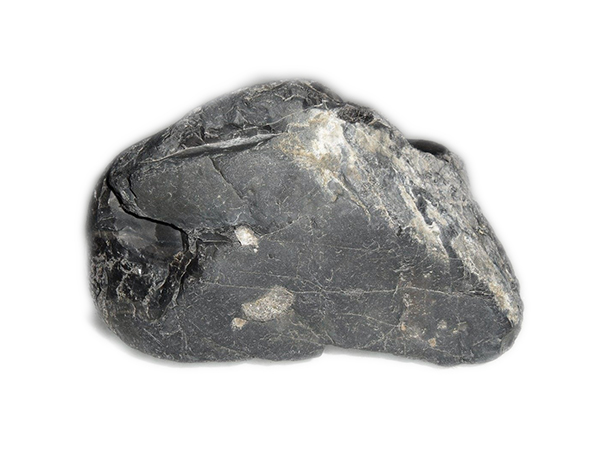 Due to the time of ancient coal spirit and pit mouth different, most of the formation of qinse and transition color, raw pit coal spirit shows black ash, gray, olive color and other colors, after playing the plate will gradually appear like jade mellow, soft "coal spirit jade" unique texture.

Disc play time longer, more fruity.Coal fine is an ideal material for carving because of its moderate hardness and softness.Suitable for carving all kinds of animals. Figures. Buddha, etc., but before carving must be steamed for a moment, in order to prevent its fragility.It can also be used as printing stone (black seal blank on the market is mostly coal powder).After amber is another kind of rare precious craft materials in the same family.

Clear Chen mu geng "seal cutting needle degree" : "coal fine stone, black and tough, light body like wu xi out of the qin dynasty can be used as a seal.

The seal is a polyhedron made up of 26 squares and triangles of different sizes, 14 of which are engraved on the printed surface in the regular script of regular script.Seal is carved from coal fine, coal fine also known as coal jade, is a variety of lignite, mainly lower plants, but also some higher plant remains composed of saprophytic sapropelic mixed coal.The seal belonged to duguxin, an upper class member of the xianbei ethnic group, one of the eight pillars of the western wei dynasty.

The content of seal can be divided into three categories: official document seal, such as "great commander seal", "big sima seal", "zhu guo seal", "ling", "mi", etc.The seal on the letter, such as "my letter on the shu", "my letter on the chapter" and so on;Printed letters, such as "dugu letter white book", "letter notice" and so on.The polyhedral seal makes this multifunctional dugu letter easy to use.