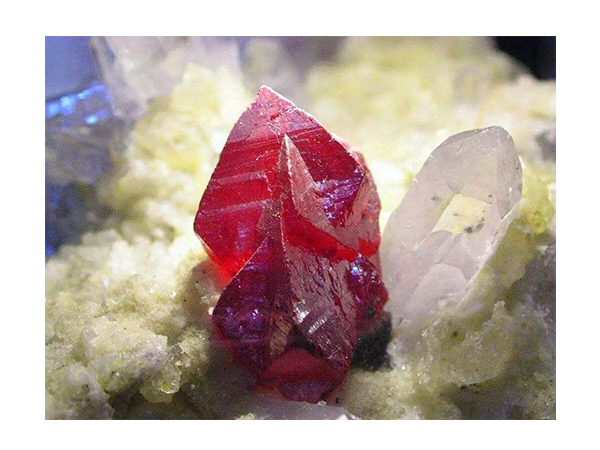 They are usually granular, lumpy or kidney-like, red, and the surface is brownish black after oxidation. With a glass luster. Large crystal grains and transparent color can be used as gemstones. The fine, translucent aggregates of the particles can be used as jade carving materials.

The rhodochrosite is a carbonate mineral of manganese with a composition of Mn[CO3]. Often contains iron, calcium, zinc and other elements. The crystal belongs to the trigonal system, and the complete rhombohedral crystal form is rare. It is usually a collection of granules, blocks, kidneys, and the like.

Often pale rose red, oxidized surface is brownish black, glass luster. Complete rhombohedral cleavage. The Mohs hardness is 3.5 to 4.5, and the specific gravity is 3.6 to 3.7. It can be formed under the conditions of hydrothermal, sedimentation and metamorphism, and is mainly deposited.

In the manganese deposits in Guizhou, Hunan and Northeast China, a large number of rhodochrosites are produced. It is an important mineral raw material for the extraction of manganese. The bright color and transparent rhodochrosite can be used as raw materials for low-grade gemstones and crafts.

Rhodochrosite is a trigonal system, a rhombohedral unit cell. Arh=0.584 nm, α=47°46', Z=2, hexagonal unit cell: ah=0.473 nmch=1.549 nm, Z=6. Calcite-type structure, complex three-sided triangular facet crystal, D3d-3m (L33L23PC). The crystal is rhombohedral, the crystal plane is curved, and it appears in the hydrothermal vein, but it is not common. 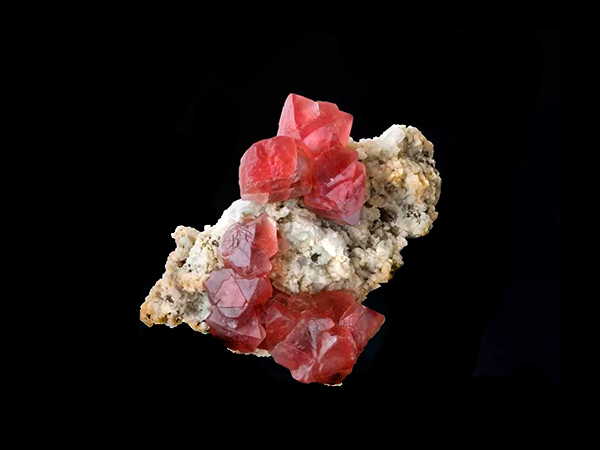 The crystal of rhodochrosite is light rose or lavender, and the color becomes lighter as the amount of Ca increases. The dense block is white, yellow, grayish white, brownish yellow, etc., and when Fe is substituted for Mn, it turns yellow or brown. The surface becomes brownish black after oxidation. Glass luster. The cleavage is complete.

The rhodochrosite in China is mainly produced in the northeast, Beijing, and southern Fujian. The world's manganese ore is produced in Alma, Madagascar, Mexico, South Africa (Azania), Algeria, etc. in Colorado, USA.

Although many countries in the world produce rhodochrosite, there are very few rhodochrosites that can really be collected. In the past 100 years, only the United States, Peru, Argentina, Romania, Japan, South Africa and China have produced very small quantities, of which South Africa The United States, Peru, and Argentina are the best in the country.

Argentine's rhodochrosite is quite unique. It is a sedimentary type, and its appearance is smooth and smooth. When it is cut open, it is a pattern of bright, red and white circles. It is known as the "Inca Rose". Other rhodochrosites produced in various countries are hydrothermal mineralization, and there are slight differences in color and texture due to different origins. The rhodochrosite produced in Germany is like a cluster of small chrysanthemums.

Unfortunately, the color is not bright, but it is also on the black-grey bedrock. It looks less eye-catching. Japan's rhodochrosite is also light in color, and it is a stalactite-like, thin layer that grows on a khaki-based bedrock.

Romania's rhodochrosite is very beautiful, such as a circle of petals, growing on a small white crystal, the lack of color is still lighter. The rhodochrosite produced in China is of good color, but there are too many symbiotic minerals, but it hides the beauty of rhodochrosite.

In contrast, the rhodochrosites produced in Peru and the United States are the best. Their common features are pure and rich colors, crystals are prominent, and they are mostly grown with crystal clear crystals. They are red and white, and they are very attractive. . South Africa's rhodochrosite is also very characteristic, its crystal is a smooth jade ball, stacked on each other, giving a very cute feeling. The best rhodochrosite specimens in the United States are produced in a mine called Sweet House in Colorado.

The main distinguishing feature of rhodochrosite is pink. The white matter is usually corrugated. The refractive index of the block is about 1.60. The crystal has a large birefringence. The refractometer only shows a moving shadow boundary. 1.84 is the immovable value, the reading range of the refractometer is exceeded and the reading is not obtained.

The rhodochrosite reacts strongly with the acid, so it cannot be washed in an electroplating bath, an ultrasonic cleaner or a jewellery cleaner, and the hardness is low and the surface is easily scratched.