Feldspar is the most important rock-forming mineral of surface rocks. Feldspar is a general term for the feldspar minerals. It is a common class of aluminosilicate-based rock minerals containing calcium, sodium and potassium.

Feldspar is an aluminosilicate mineral containing calcium, sodium and potassium. It has many kinds, such as albite, anorthite, celsian feldspar, feldspar feldspar, micro plagioclase, feldspar, and feldspar.

They all have a glassy finish and a wide range of colors. There are colorless, white, yellow, pink, green, gray, black and so on. Some are transparent and some are translucent. The feldspar itself should be colorless and transparent, and it is colored or not completely transparent because it contains other impurities. Some are in the form of blocks, some are plate-shaped, some are column-shaped or needle-shaped.

The feldspar rich in potassium or sodium is mainly used in the ceramic industry, the glass industry and the enamel industry. Feldspar containing rare elements such as strontium and barium can be used as mineral raw materials for extracting these elements. Beautiful feldspar can be used as decorative stone and inferior gemstone.

The proportion of feldspar in the earth's crust is as high as 60%, which can occur in igneous rocks, metamorphic rocks and sedimentary rocks. Feldspar is the main mineral component of almost all igneous rocks and is important for the classification of rocks. Another drug of the same name.

The phenotypes of feldspar are similarly developed, and their chemical composition is represented by the commonly used OrxAby Anz (x+y+z=100). Or, Ab and An represent KAlSi3O8, NaAlSi3O8 and CaAl2Si2O8, respectively, and three components. Based on a certain two components, it can be divided into two isomorphic series: alkaline feldspar series (ie Or-Ab series) and plagioclase series (ie Ab-An series). There is only limited miscibility between the Or and An components, and no series is formed.

The basic structural unit of feldspar is a tetrahedron composed of four oxygen atoms surrounding a silicon atom or an aluminum atom. Each such tetrahedron shares an oxygen atom with another tetrahedron to form a three-dimensional skeleton. Large radius alkali or alkaline earth metal cations are located in large voids within the framework with coordination numbers of 8 (in monoclinic feldspar) or 9 (in triclinic feldspar). 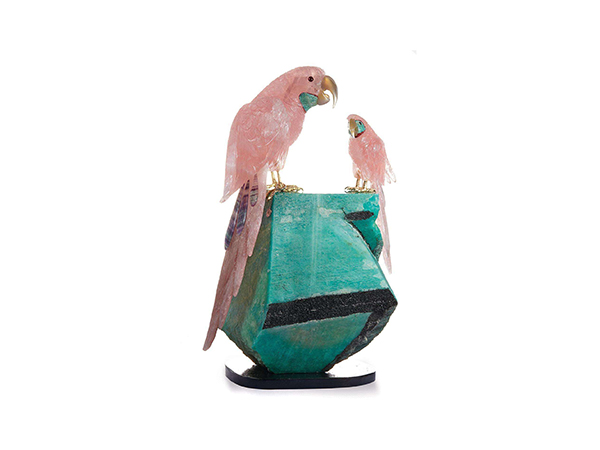 Feldspar is often milky white, but it is often dyed yellow, brown, light red, dark gray, etc. due to a variety of impurities, and some can also have beautiful color change or color. There are two groups of complete cleavage with an angle of 90° (monoclinic system) or nearly 90° (87°) (triclinic system). The specific gravity is between 2.55 and 2.75, which increases with the increase of the An content in the composition, and decreases with the increase of Or. The Mohs hardness is 6 to 6.5.

The most common mineral in the earth's crust is feldspar, which is common even on the moon and in meteorites. In the depth of 15 kilometers underground, the total weight of the crust occupied by feldspar has reached 60%. Feldspar is the main component of igneous rocks and is also common in metamorphic and sedimentary rocks. Feldspar is generally small in volcanic rocks and metamorphic rocks, only 0.1 to 10 mm. It can reach 5 to 10 cm in porphyry and tens of meters in pegmatite. Feldspar is a raw material for the ceramic and glass industries. Some feldspars have beautiful color change or fainting and can be used as materials for gems.

Feldspar is an alkali metal and alkaline earth metal aluminosilicate mineral of potassium, sodium, calcium and barium. Its main chemical components are SiO2, Al2O3, K2O, Fe2O3, Na2O and CaO, which are important rock-forming minerals. Mainly used in the manufacture of ceramics, enamel, glass raw materials, abrasive abrasives, etc., in addition to the production of potash.

Divided into two categories - feldspar (potassium feldspar) and plagioclase. The difference between the two is the angle between the two sets of cleavage, which is equal to 90 degrees for feldspar and less than 90 degrees for plagioclase. The eucalyptus common card type twin crystal, the thin film identification feature is under the orthogonal polarizer, the twinning of the twin crystal is composed of two parts, one black and one white, which is also one of the differences between the plagioclase and the feldspar under the microscope. The plagioclase is a polycrystalline twin.
Alkaline feldspar is brown, red, white, gray and other colors.

The plagioclase is grayish white and dark gray. 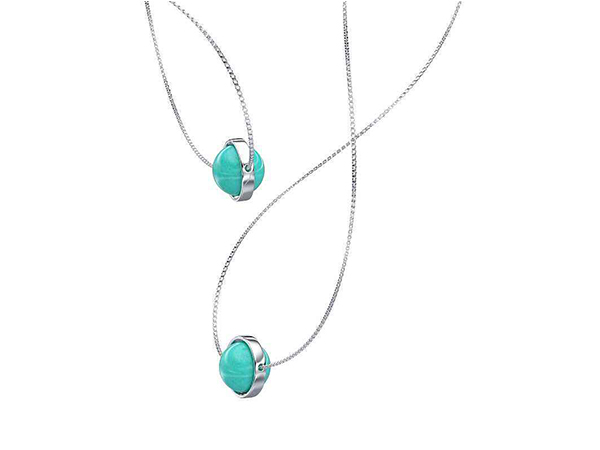 Alkaline feldspar has a good fluxing effect. For example, the melting point of kaolinite is 1770 ° C, and the melting point of quartz is 1713 ° C. If feldspar is added to the Al2O3-SiO2 system, the liquid phase begins to appear at 985 °C ± 20 °C, and the higher the content of feldspar, the lower the initial melting temperature. At the same temperature, the albite has a greater fluxing effect than potassium feldspar.

The plagioclase is divided into albite, longer stone, medium feldspar, labradorite, feldspar, and calcium feldspar. They are all a mixture of similar forms, with less sodium from left to right and more and more calcium.

The feldspar deposits can be divided into two major categories according to their causes:

1. Gneiss or mixed lithified gneiss. There are also some veins that are produced in granite or basic rock masses, or in contact belts. The ore is mainly concentrated in the feldspar block belt of the pegmatite or the single feldspar pegmatite.

2. Magmatic rock type feldspar deposit: This type of deposit is produced in acidic, intermediate acid and alkaline magmatic rocks. Among them, the most important ones are produced in alkaline rocks, such as the nepheline syenite and the nepheline syenite deposit, followed by the granite and Baigangyan deposits, as well as the syenite and quartz syenite deposits.

Microscopic identification of feldspar: under the transmission polarizer, the sheet is colorless and transparent. Low positive protrusions, which are three sets of mutually orthogonal pseudo-cube cleavage. The interference color is low, and the highest interference color is gray level - first grade yellow. Parallel extinction, the extended symbol can be positive or negative. Biaxial crystal, positive rotation optical rotation.

China's feldspar resources are abundant, and dozens of feldspar deposits have been identified. Large scales include Hunan Hengshan, Shanxi Wenxi, and Shandong Xintai. The main metallogenic ages vary from place to place, with the Caledonian and Hercynian periods in the north and the Yanshanian period in the south. The feldspar mineral products are mainly supplied to the ceramic industry. The sales volume in the glass industry is small, and the total domestic demand is not large. The production of feldspar can meet the needs of the market.