Gold Emerald (English: Chrysoberyl) is a kind of bismuth aluminum oxide gemstone. Its main chemical component is strontium aluminate. Its chemical formula is BeAl2O4. The crystal is an orthorhombic (orthort) crystal oxide mineral.

It is a precious gemstone with four variants: cat's eye, stone, stone cat's eye and gold emerald crystal. It is mainly produced in granite, fine-grained rock and mica rock, and also found as a clastic mineral in the gravel layer.

Gold emerald itself is a rare mineral. If it can be cut into large particles and the color purity is better, the precious stone is very precious. Among the gold emeralds, the public is familiar with the cat’s eye, which is one of the most beautiful gemstones in nature with its silky luster and sharp eyeliner. The other three belong to the early stage of cognition and have a relatively large collection prospect.

The English name for gold emerald is Chrysoberyl, which is derived from Greek Chrysos (Gold) and Beryuos (Emerald), meaning "Golden Emerald". Also known as "Golden Green Jade" and "Golden Green" in the jewelry industry. Gold emerald itself is a rare mineral, and it is less precious to form cat's eye and discoloration effect, so it is very precious. Among the gold emeralds, the most famous one is the golden green cat's eye.

Gold emeralds usually have a good transparency and are yellow or yellowish green, hence the name. Most are cut into faceted gemstones to express their excellent fire. Produced in Brazil, Sri Lanka and Madagascar.

The market price is still at a low level. Because it has the advantages of all high-grade gemstones and the color is special, it does not rule out the time when the price of the gemstone rises after people understand it.

Gold emeralds are oxides of bismuth and aluminum, which are of high quality and are extremely precious. Gold emeralds are generally thick plate-shaped, transparent with a glass luster, varying in shades of green or yellow to brown, and some emit different colors under different light sources.

Gold emeralds are mainly produced in granitic pegmatites, fine-grained rocks and mica schist, and are also found in the gravel layer as detrital minerals. Because it is very hard and wearable, it also exists in streams and gravels. Artificial methods can produce gold emeralds, but the quality is not as good as natural. 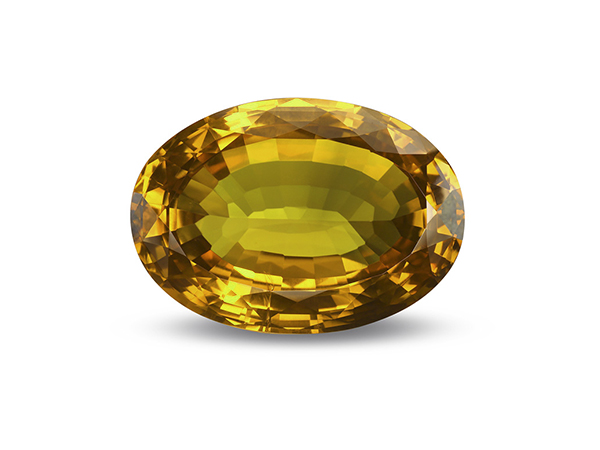 Gold emerald is an oxide, the main chemical component is alumina crucible, and the chemical formula is BeAl2O4. It is an orthorhombic system. The crystal form is often short columnar or plate-like. The color is brownish yellow, greenish yellow, yellowish green, and yellowish brown. Transparent to opaque. Glass to grease luster. The refractive index is 1.746-1.755, the birefringence is 0.008-0.010, the dichroism is obvious, and the dispersion is 0.015.

The chemical formula is similar to spinel, so it is also called spinel, but its crystal structure and crystal form are similar to olivine (olivine). Crystals are often thick plate-like; often formed into a heart-shaped double crystal or a pseudo-hexagonal through the triple crystal. With good cylindrical cleavage. Moss hardness of 8.5, specific gravity of 3.63 ~ 3.83. Transparent, glassy, ​​dark or light green or yellow to brown.

A variant containing a small amount of Cr3+ which is green in daylight and red in transmitted light and under artificial light such as candlelight. It is called a metamorphic stone and is called alexandrite in the Chinese gem industry.

Another variant, which is light green and has acicular inclusions with many microscopic cavities and parallel distributions, with protein light and live light (see Quartz family minerals), is called gold emerald cat's eye, mainly produced in Sri Lanka. Also known as the Oriental Cat's Eye and Ceylon Cat's Eye. The world's most important gold emerald is produced in Minas Gerais, Brazil, while Russia's Urals and Sri Lanka are famous for producing stone and gold-green opal. Gold emeralds can also be artificially synthesized by flame melting, but as gem materials, their quality is far less than that of natural crystals. The transparent crystal of gold emerald is also a precious gem because of its hardness. The process requires that the color be as bright as the light tea, brownish yellow and greenish yellow, transparent, less sputum, crystal diameter greater than 3 mm. After pondering, it is often the collector's treasure. As early as the early 19th century, the American Museum of Nature won a gold emerald called "Hope", and its beautiful praise was described as follows: "This rare gemstone has excellent transparency, sparkling, and no spots. Its extraordinary granules, which are beautiful and flawless, are unparalleled in the world. It is taken for granted as a rare golden jade,..."

The orthorhombic system of the gold emerald is also called the orthorhombic system. The oxygen ions are densely packed in a hexagonal manner, the strontium ions are located in the tetrahedral coordination center, and the aluminum ions are located in the octahedral coordination center. Among the common natural gemstones, the hardness of gold emeralds ranks third, reaching 8.5, between corundum (9) and topaz (8). One feature of the gold emerald is a ring-shaped twin or a wheel-shaped three-crystal, so that there are many trichromatic properties that are different in color from different directions. 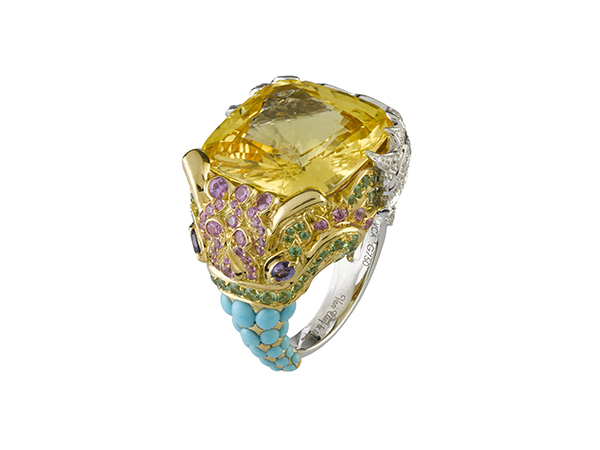 Gold emeralds are the product of the diagenetic process of pegmatite. The melting of the earth's crust forms a low-density lava that ejects from the ground. When the lava solidifies, the water content increases. When the strontium and aluminum species in the pegmatite in the lava encounter the surrounding minerals, gold emeralds are formed in the contact zone of the pegmatite with the ultrabasic rocks. The hard and dense gold emerald formed is resistant to chemical corrosion. With weathering, the gold emerald in the original rock ore can be transferred to the residual slope sand deposit. Since bismuth and chromium generally do not appear in the ore at the same time, it is rare to have a metamorphic stone whose color change effect is derived from chromium.

The stone changes from green to blue-green in daylight (mostly blue and green) and red to purple in incandescent (more red light), so it is also called "white emerald, night ruby".

The reason for the change in the color of the stone is because of the presence of chromium ions in its mechanism, which makes it strongly absorb a narrow band (595 nm - 543 nm) in the yellow part of the spectrum, and the light of the cyan and red wavelengths can be worn. Over gold emeralds. In rare cases, the stone also has cat-eye characteristics, called the stone cat's eye, which is very precious.

This gem was dedicated to the Crown Prince (later Tsar Alexander II) as a birthday present and was named Alexander Stone. The metamorphic stones are prolific in Russia, Brazil, Sri Lanka and Zimbabwe. Since the output cannot meet the demand, the technology of synthesizing the stone using methods such as fluxing and crystal pulling is developing. 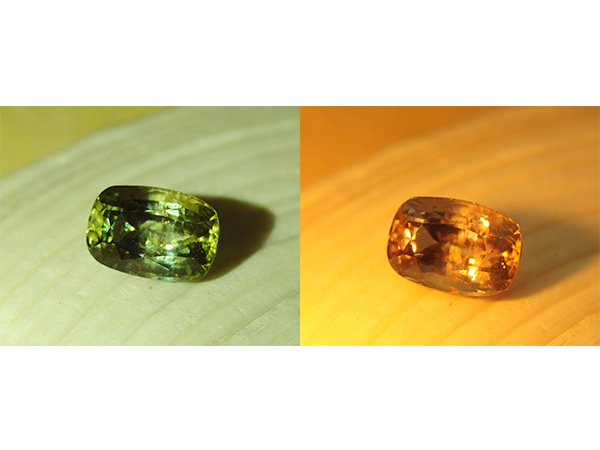 The cat's eye effect refers to the fact that when the gemstone is processed into a curved shape, a bright band with a certain swimming (flash or live light) appears on the curved surface, like a thin line formed when the cat blinks.

The golden emerald has a cat's eye effect because the gold emerald crystal contains a large number of parallel acicular or filamentous rutile (chemical composition of titanium dioxide) inclusions, which undergo directional reflection of light, and its bright line or eye line is thin. Long, standard, clear, bright and flexible.

The cat's eyes are mostly yellow, brownish yellow, brown, etc., with honey yellow as the best, followed by sunflower yellow. The value of the cat's eye has always been high. At the end of the 19th century, Prince Arthur decorated his engagement ring with cat eyes, making the cat's eye more popular in the upper class. The increase in the demand also increased the pressure on the cat's main producing area, Ceylon (now Sri Lanka).

The transparent gold emerald, which is the gold emerald crystal, has a strong and bright glass luster. The color is light brown yellow and light brown green. Some feathery gas-liquid inclusions are sometimes seen inside the gem.

The appearance is somewhat similar to yellow sapphire and yellowish brown garnet. In addition to the bright, transparent, light brownish yellow, light brownish green color, there is no obvious identification feature, the naked eye is not easy to identify, and only the refractive index can be accurately determined by means of a refractometer to distinguish. 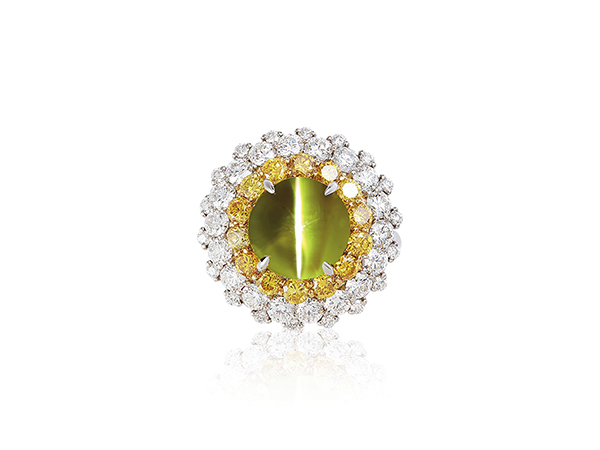 The opal is translucent and has a tan, light brown, pale brown, honey, and gray color. The opal's light strip is slender, bright, and flexible, even in indoor lighting conditions. The interior of the gem contains densely packed fibrous inclusions. The brownish color and clear cat's eye effect are important features of the naked eye.

The three variants of the gold emerald mineral contain different trace element impurities, exhibiting different optical effects and having different color appearances. The stone contains mainly traces of cr, which is blue and blue-green under fluorescent lamps, and is purple-red under incandescent lamps. It has a color-changing effect: the stone has strong trichromism: green, orange and purple, under X-ray Dark red light.